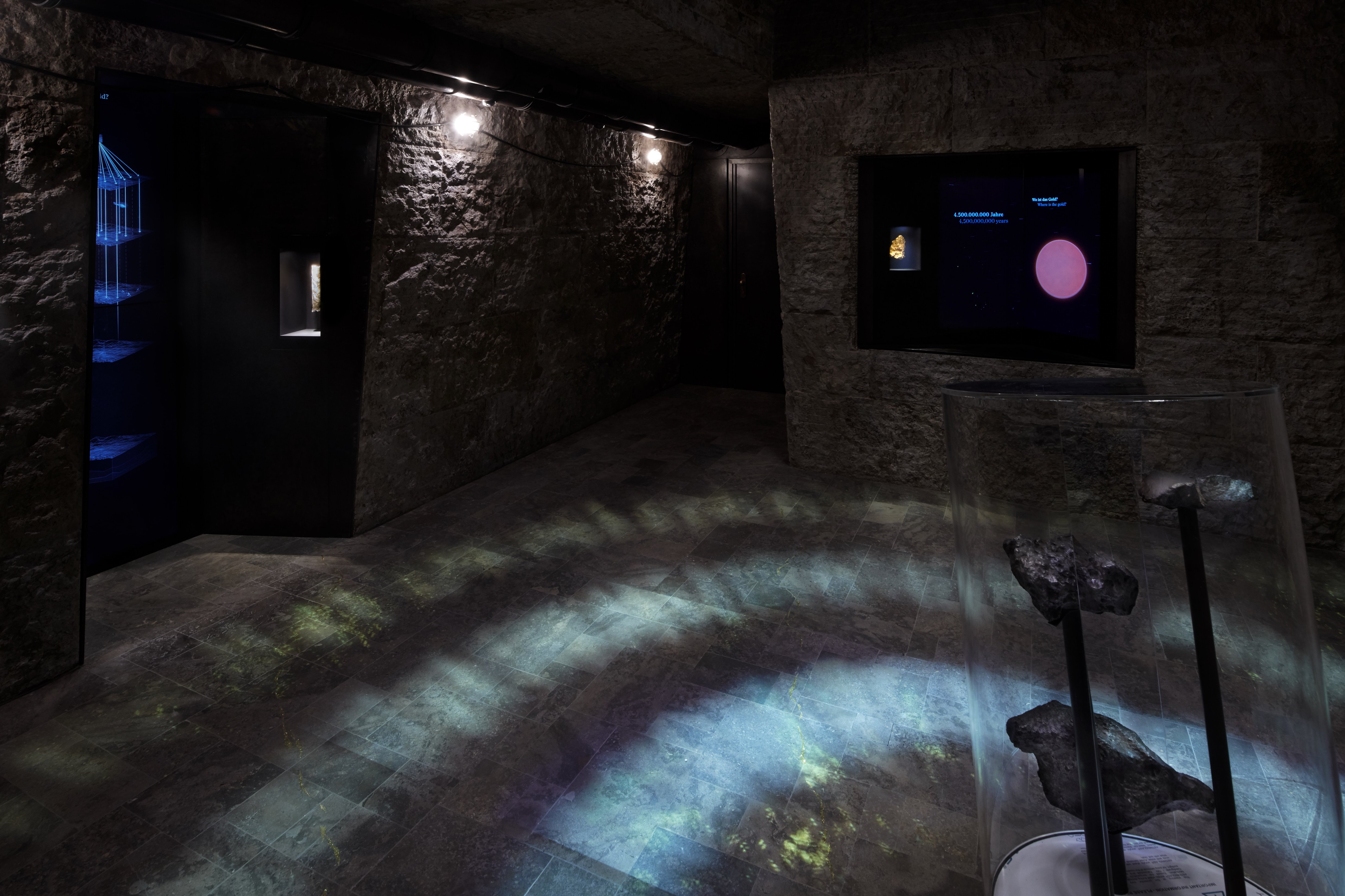 The displays in a reconstructed mine shaft vividly illustrate the origins of gold, its occurrence in rock and waterways, and the methods used to excavate it. The focus is on gold as a valuable raw material. Visitors can touch and lift gold in the form of a heavy bar.

Highlights include 4.6-billion-year-old meteorites and a gold nugget from western Australia that weighs nearly four kilograms.

Gold was created by events of truly cosmic proportions. Meteorites brought the precious metal to Earth, where it has been mined for more than 6,000 years. Thanks to its nearly indestructible nature, almost all of the gold that has ever been dug up continues to exist today. It is recycled again and again because of its stable value. Gold accompanies our lives in the form of jewelry and manufactured products, and is integrated into devices such as smartphones and laptops.

The “Prologue” section of the Goldkammer Frankfurt presents many surprising and interesting facts about the origin, extraction and mining of gold. 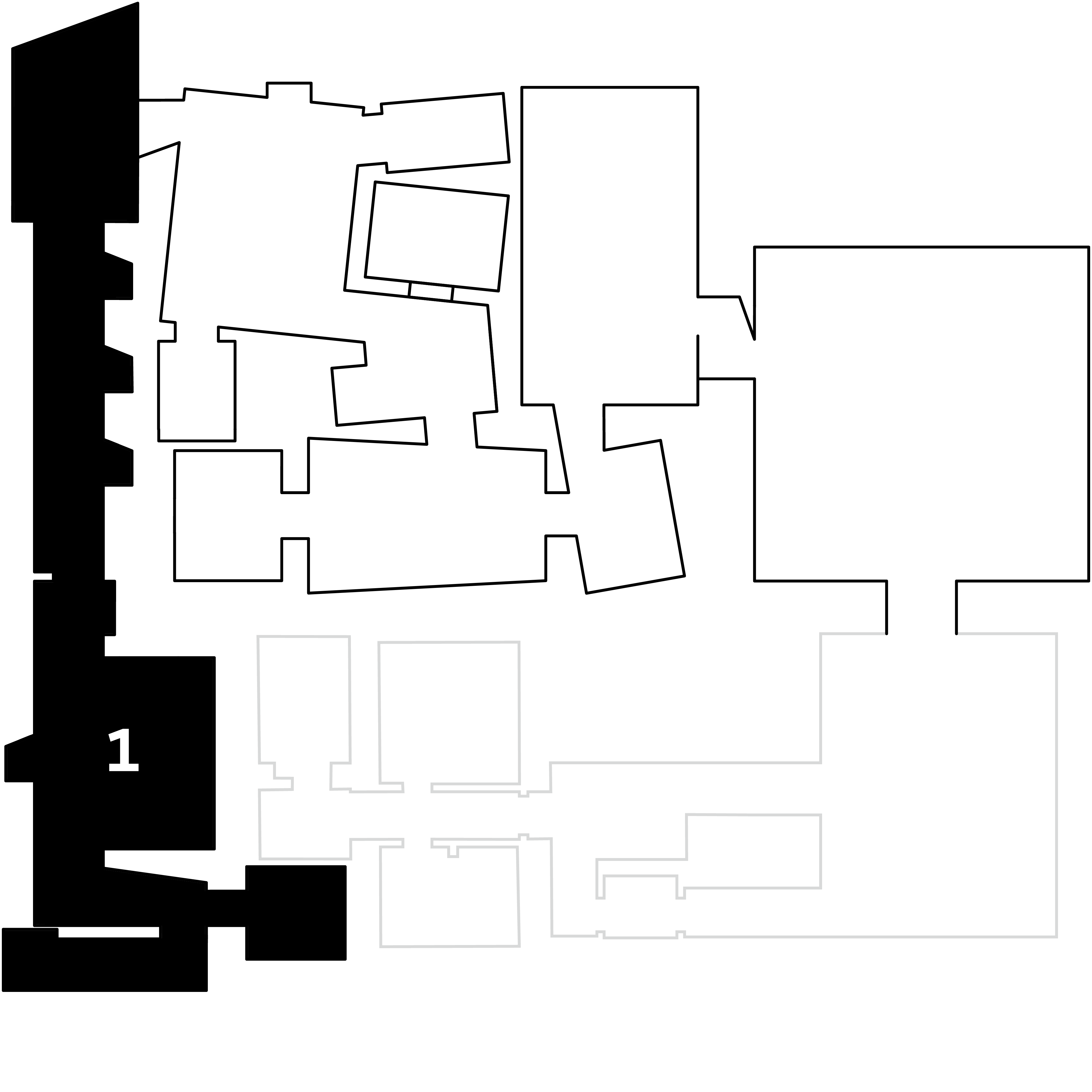 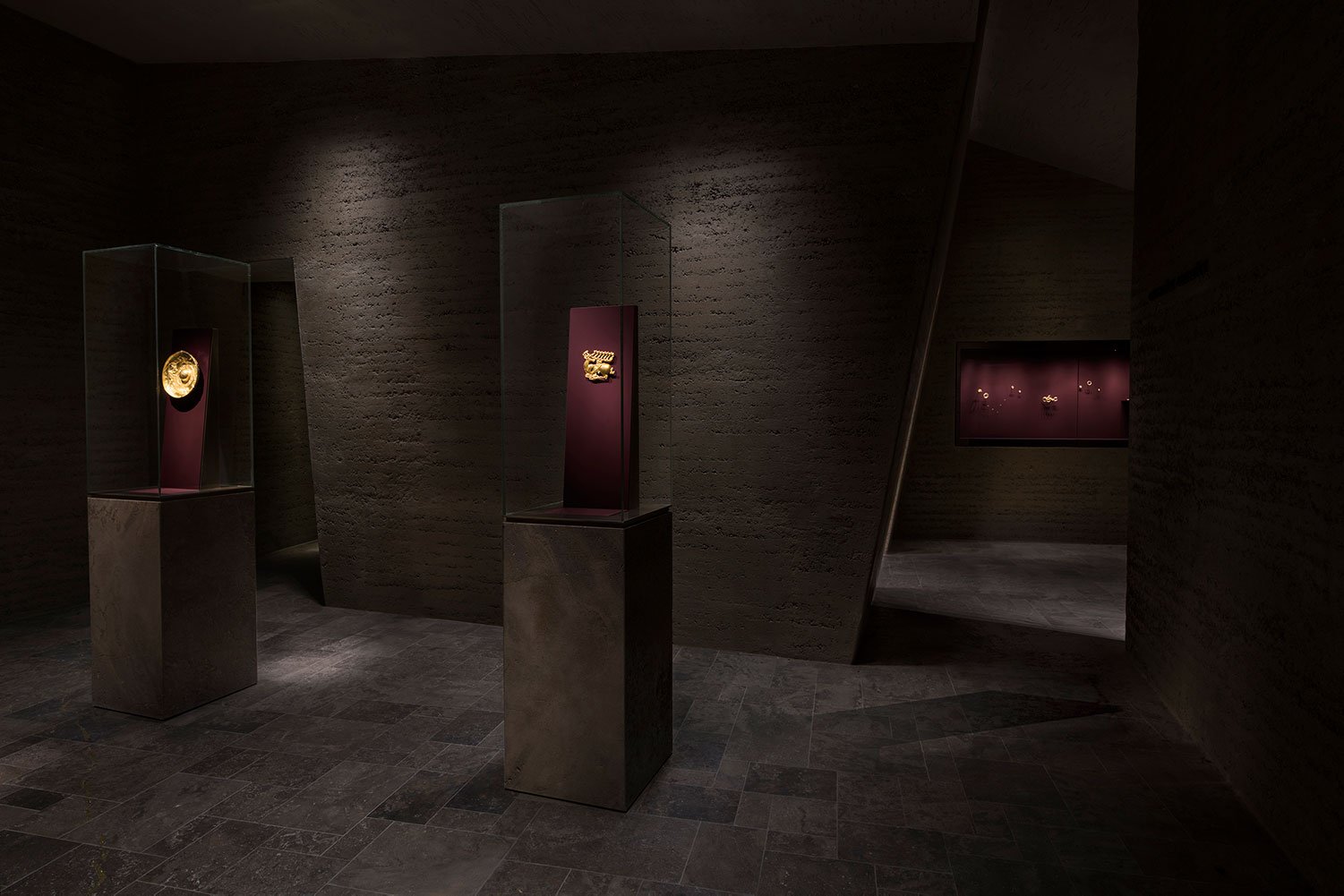 This section of the museum is divided into three areas that tell of the first goldsmiths and show the creative output of a true master of his trade, visible in the form of a hoard of Bronze Age artifacts. Select masterpieces from early cultures reveal the significance of gold as a conduit of magic and power.

Humans began working with gold in the early fifth millennium BC and unintentionally forged a new social hierarchy: the basic structure of the first civilization. Visitors can admire the development of goldsmithing based on a hoard of Bronze Age artifacts from central Europe. The pièce de résistance is a solid, skillfully decorated bracelet made from 250 grams of pure alluvial gold. At the heart of the presentation are prestigious Scythian, Thracian and Achaemenid objects that provide insight into the art of goldsmithing in the first millennium BC. Emphasis is placed on the rich symbolism of their characteristic animal representations. Depicted in gold, animals such as stags, griffins, snakes, lions and bulls were intended to show their owners’ divine power and to lend their owners special abilities.

Gold never loses its luster. It seems indestructible. For a long time, people had just one explanation: magic. 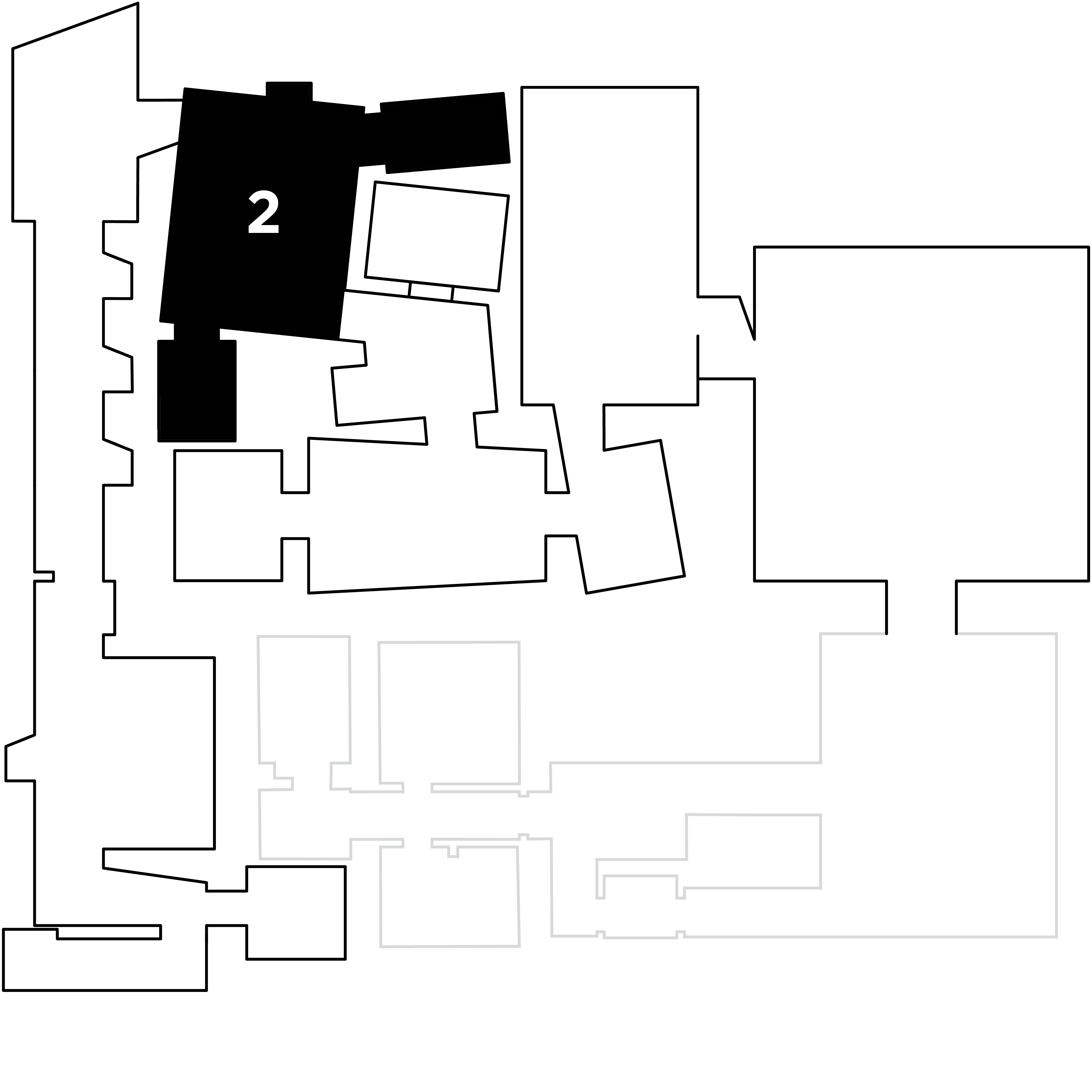 Piece of gold / Piece of money 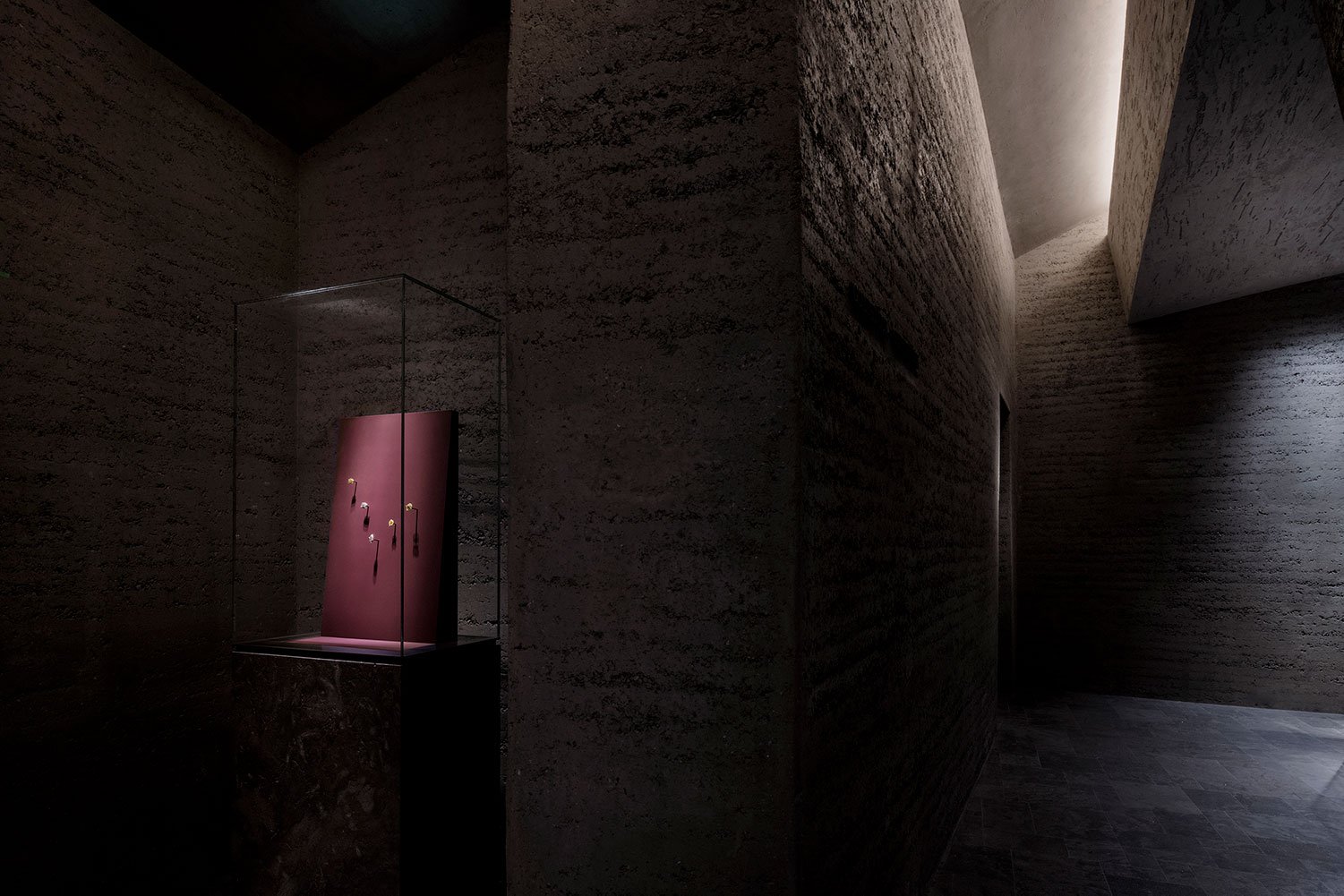 “Piece of Gold / Piece of Money” presents important milestones in a historical development that continues to define our world today. Here you can trace the transformation of gold from a pre-monetary means of payment to a currency.

The ambiguous words found on the world’s first inscribed coin have not yet been completely deciphered, but one thing we know for certain: they guaranteed its authenticity and value and turned a single piece of precious metal into valuable currency.

Sought after by everyone, gold became a means of payment at an early stage in human history. The effort that went into weighing different gold objects every time they changed hands ultimately led to the standardization and transformation of gold pieces into coins. In the sixth century BC, the Lydian king Croesus developed a sophisticated monetary system that popularized silver and gold coins. No one could conduct trade in the ancient world without encountering the coins he minted – a phenomenon that gave rise to the legend of his immense wealth. Even famous emperors such as Alexander and Constantine the Great changed the course of history with their minted coins. The name of one of them, the solidus, has survived in the German word Soldat (“soldier”) to the present day.

In antiquity, courage and entrepreneurial spirit transformed gold from a coveted article of exchange into a minted coin. 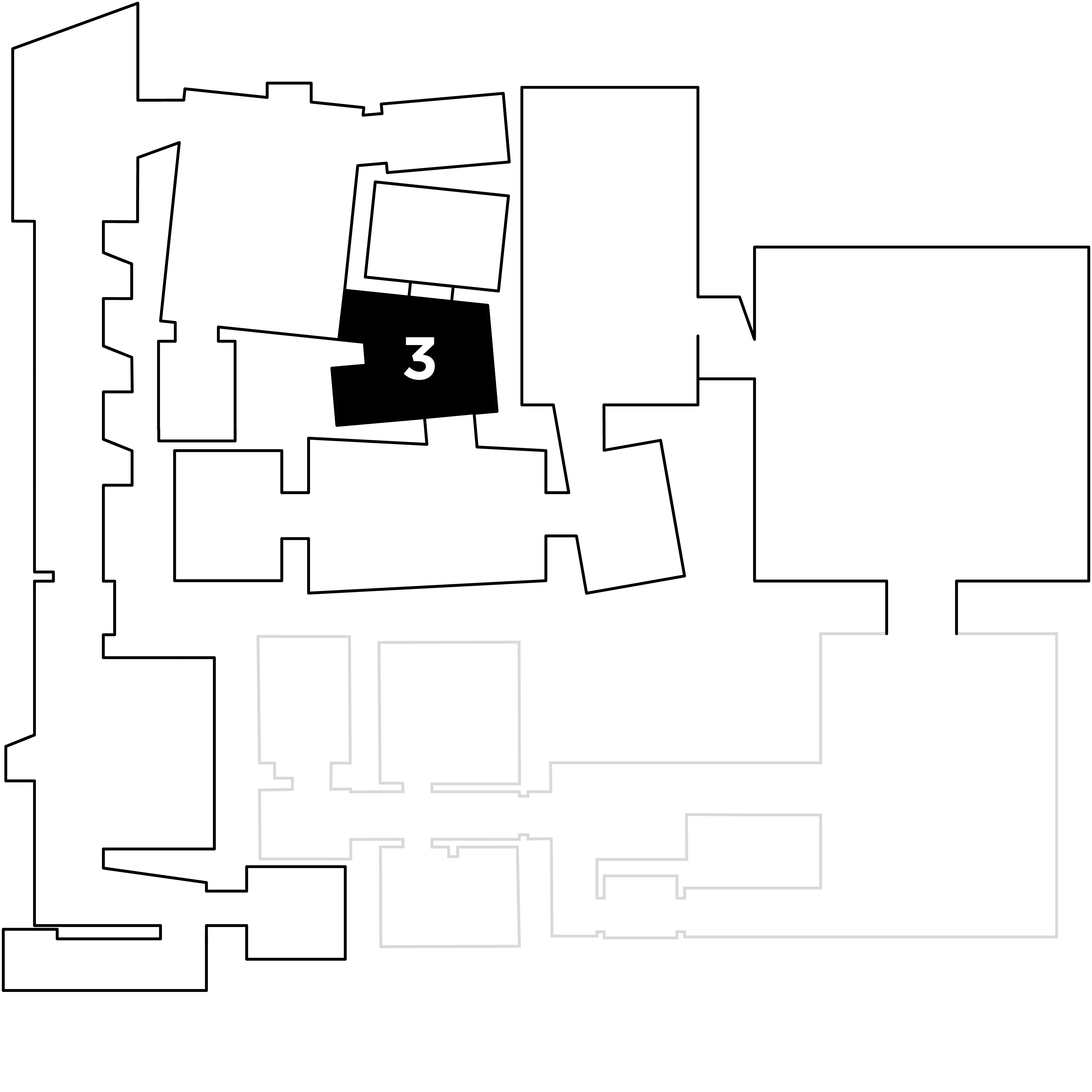 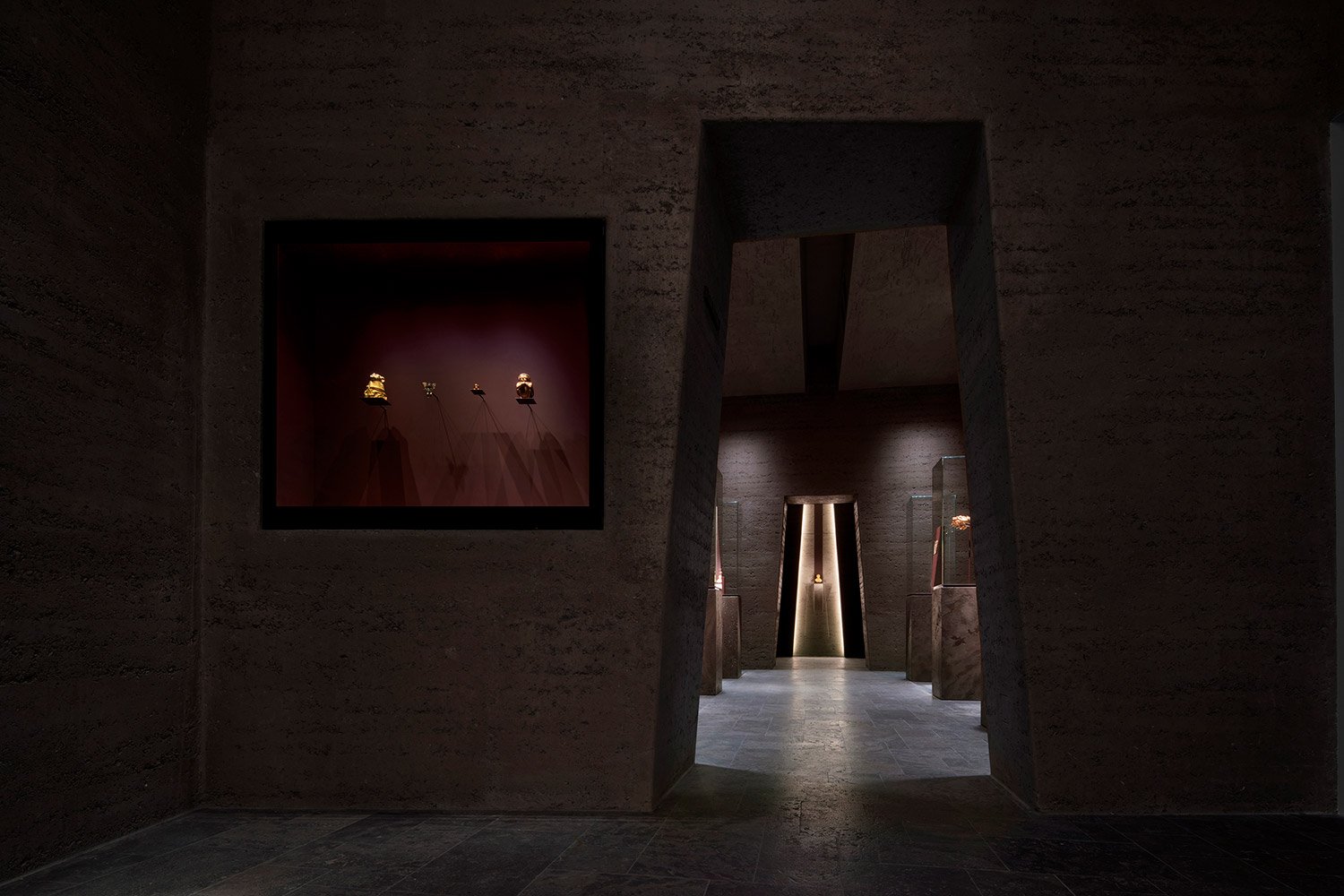 In antiquity, gold was both an economic factor and a status symbol. The rich and powerful demonstrated their social position with prestigious gold objects. Gold busts embodied both imperial and divine power.

Constantine the Great ordered the destruction of all objects that recalled his vanquished opponent Licinius I. The sole surviving gold bust of the former emperor is all the more valuable.

In antiquity, gold played a central role in the pursuit of prestige and luxury. The goal was not only increased power and wealth, but also recognition, which quite literally had to be earned. Anyone who wanted to be respected as an honorable citizen needed sufficient property. This new perspective is reflected in the popular practice of setting gold coins in jewelry and awarding them as medals. Repeatedly melted down, gold could take the form of a victoriously raised drinking cup and then end up in an opponent’s war chest as a minted coin. Greek and Roman myths revolve around the precious metal, and the ancient gods were also thought to grant favors in return for valuable presents.

In antiquity, gold acquired the power as a valuable coinage metal to influence world politics. Anyone who desired high rank and esteem sought gold. 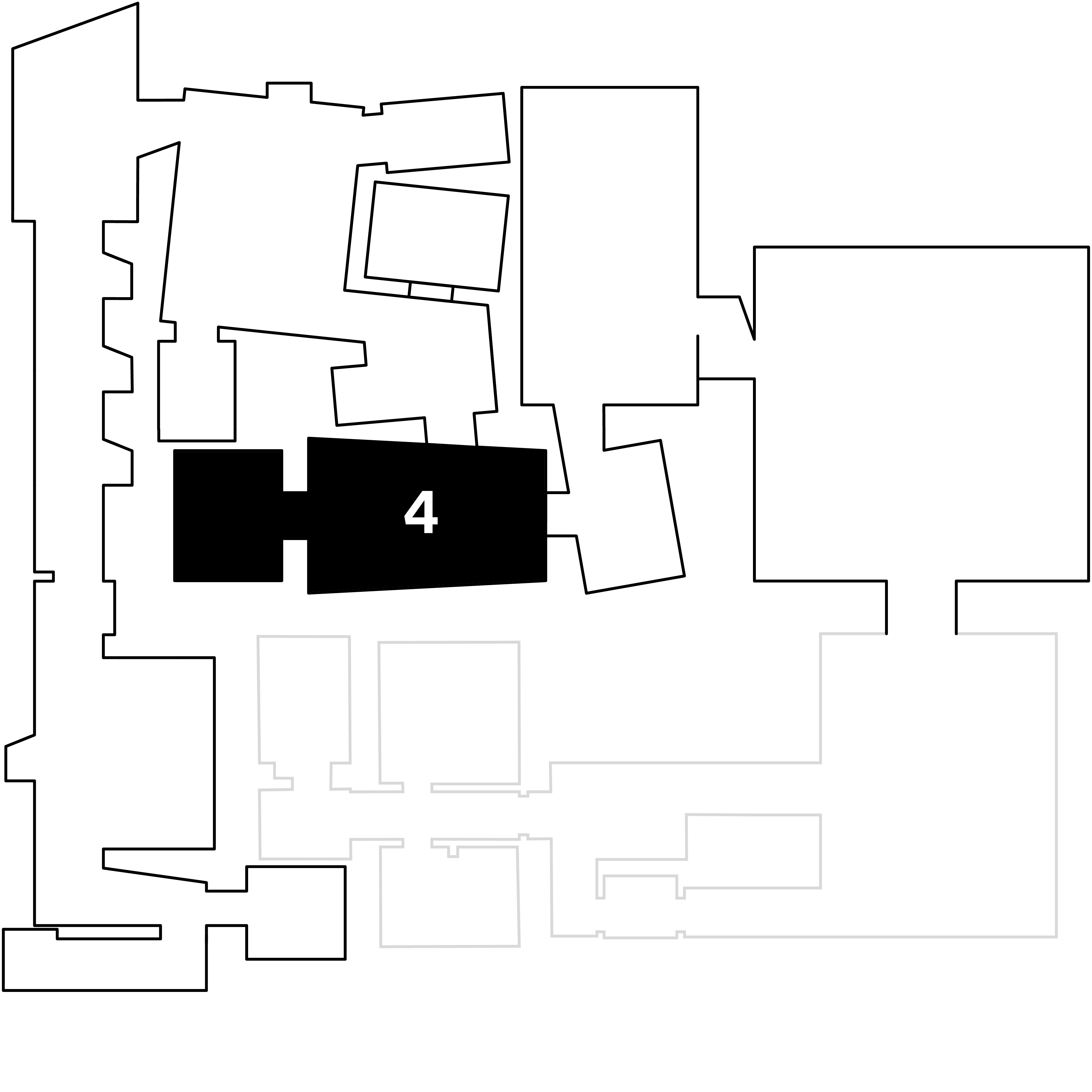 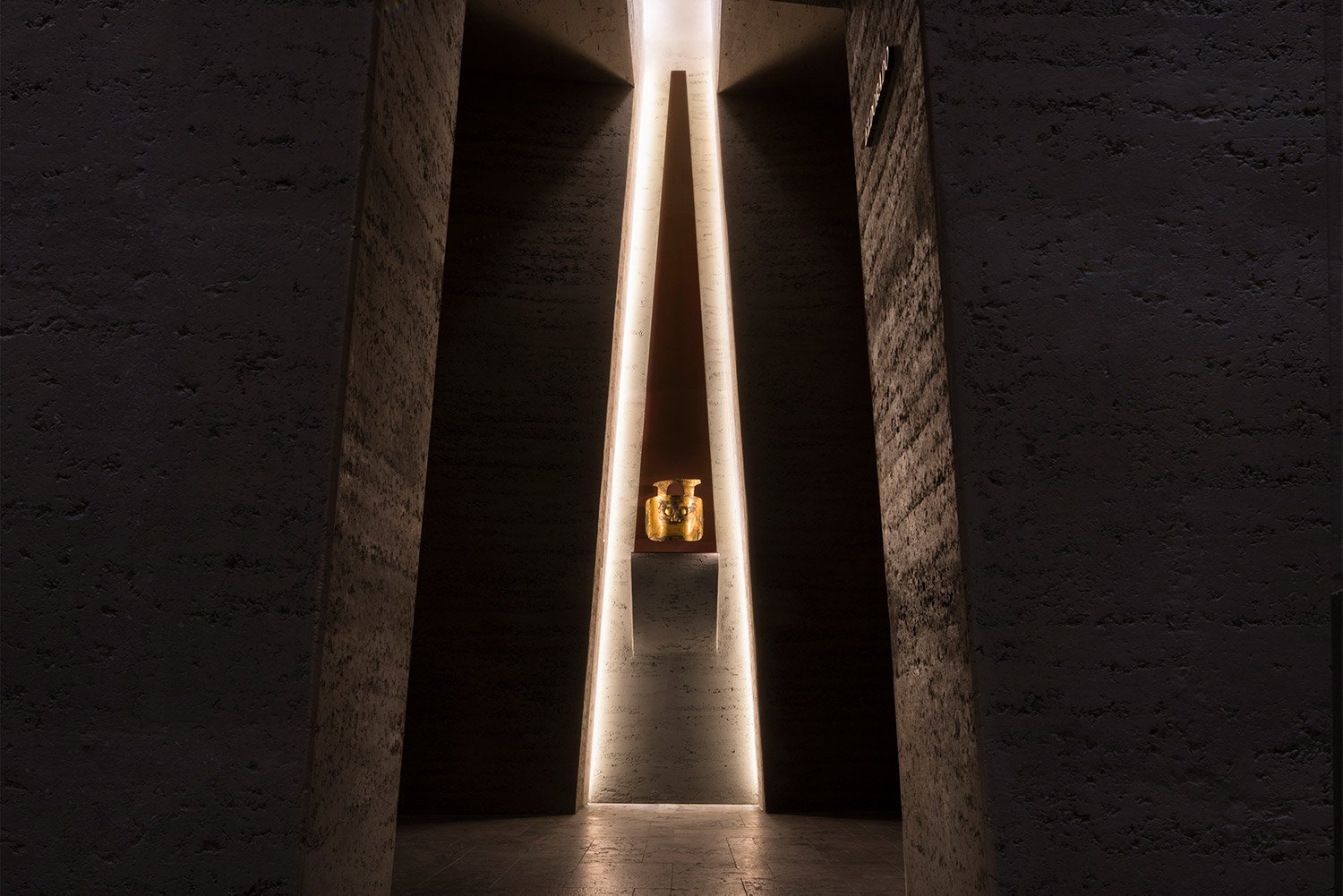 Pre-Columbian peoples believed that gold, which shone like the sun, had the power to transform one being into another. The path through El Dorado, the legendary land of gold, was lined with mystical animal amulets and utensils used for shamanic journeys of the soul.

Shining from afar, the Colombian gold mask transformed its wearer into a divine figure of light.

According to pre-Columbian peoples, lustrous gold objects became charged with divine energy in the rays of the sun. Anyone who adorned themselves in gold acquired worldly and spiritual power. Gold artifacts protected the dead and guaranteed the success of important rituals. At one of these ceremonies, El Dorado, the successor to the throne, covered himself in gold dust and sacrificed a raft of treasure to the gods. El Dorado became a legend, the mythical land of gold sought by Europeans.

Gleaming gold jewelry and cult objects lent spiritual powers to the population of the pre-Columbian Americas and secured the support of the spirit world. 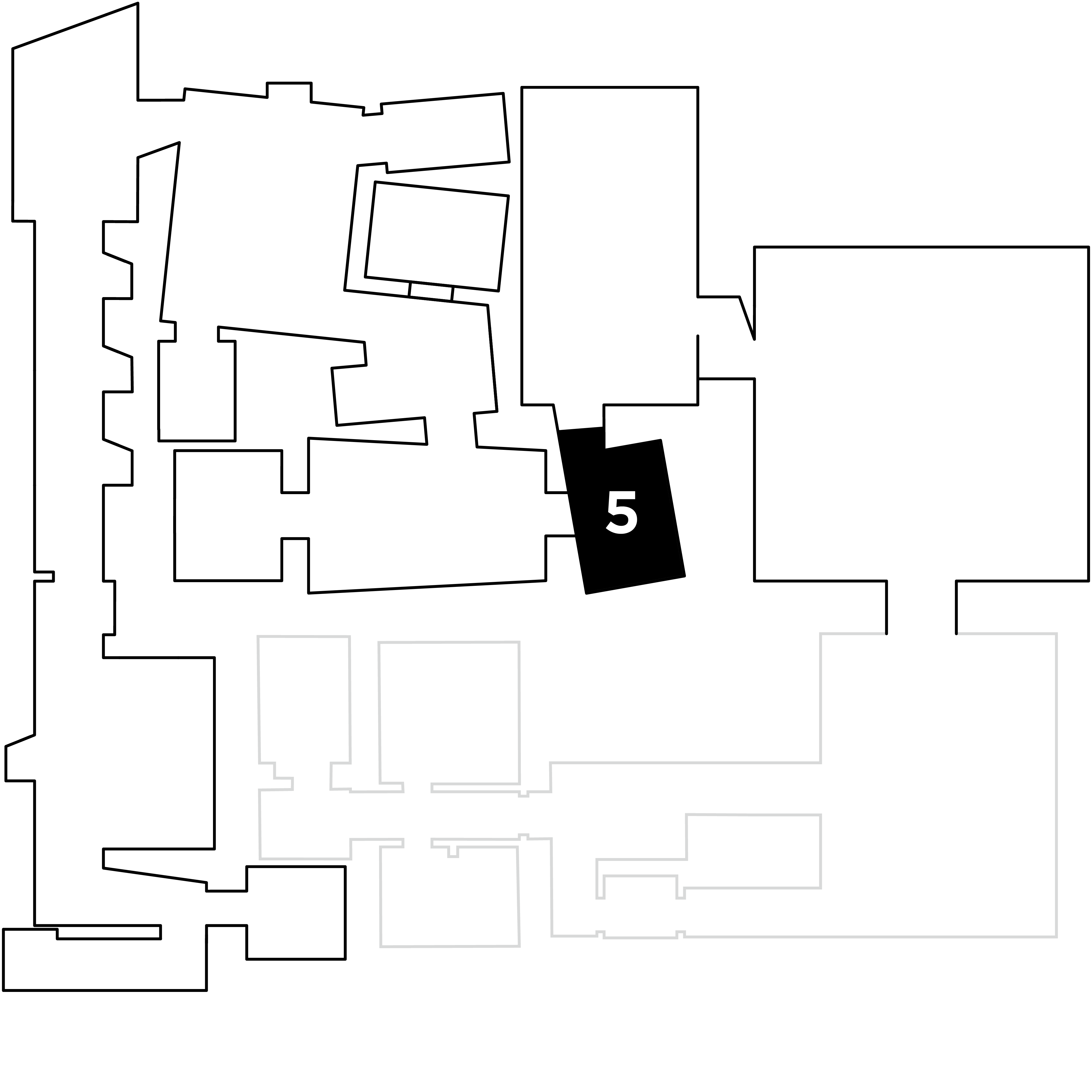 Gold from the seas 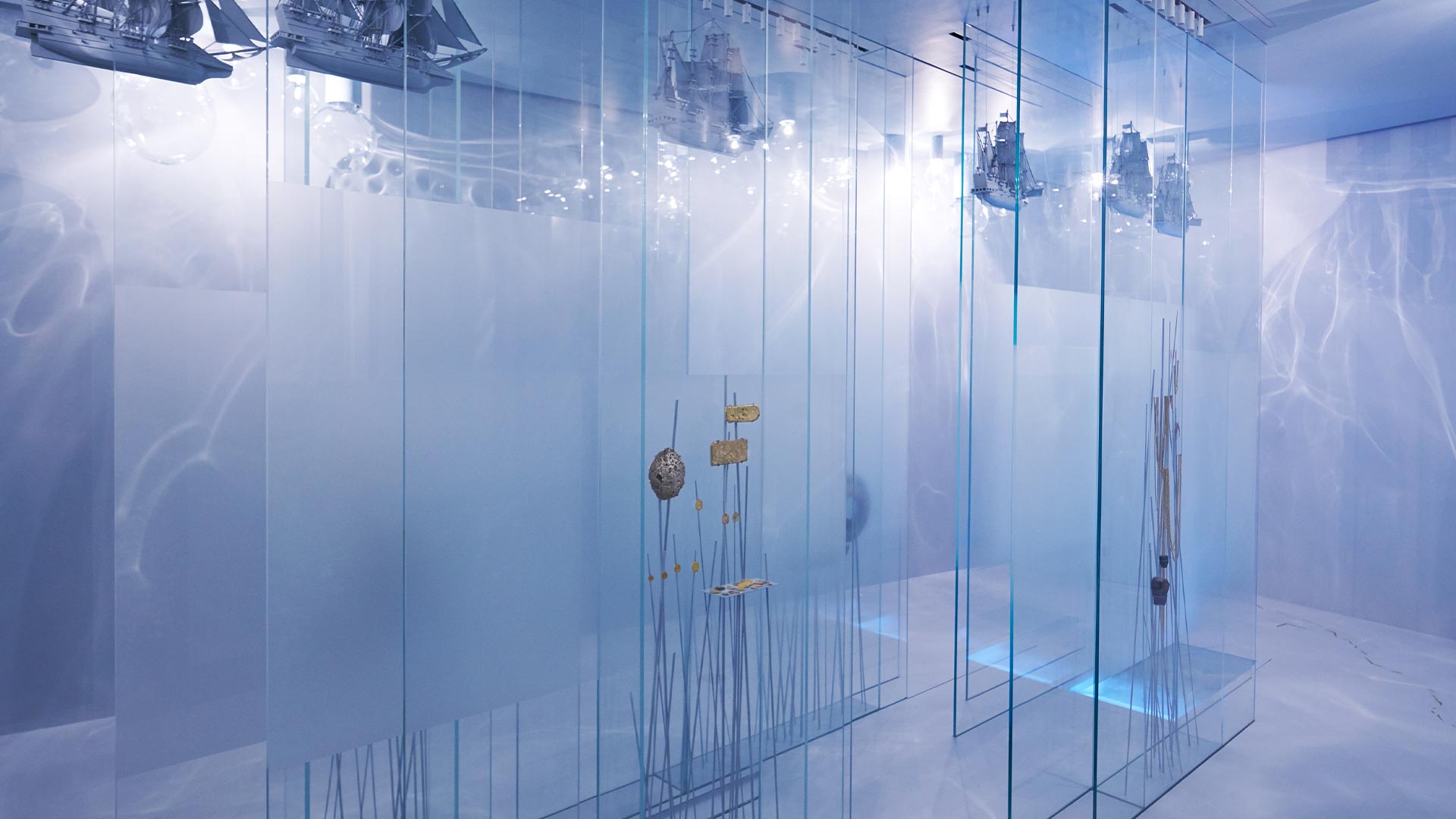 Many ships became legendary as wrecks. Their dramatic sinking, the mystery of lying hidden on the ocean floor for centuries, the daring attempts to find and recover them – these factors lend the displayed artifacts a unique and unforgettable air.

For sixteen years, treasure hunter Mel Fisher searched for the sunken Atocha. After finally locating the wreck, he was rewarded with unimaginable treasure.

In 1492, dreams of wealth and success emboldened Christopher Columbus to put out to sea in search of a maritime route to lucrative Asian markets. He discovered a new world full gold and silver that he seized for Spain. The influx of precious metals from the Americas changed Europe, used as it was to finance the wars fought in this period. From the sixteenth to the eighteenth centuries, Spanish kings ruled over a global empire that was threatened on many fronts. The constant battles, as well as the glaring mismanagement and waste, exacted a high price. Spain became dependent on the treasures on board its silver fleets. Often the ships were so urgently needed that all warnings fell on deaf ears. Numerous ships sank in storms. Their valuable cargo lay on the ocean floor for centuries before fearless divers recovered it.

In a brilliant presentation making use of glass and light, the treasures from famous shipwrecks are shown as if still under water. 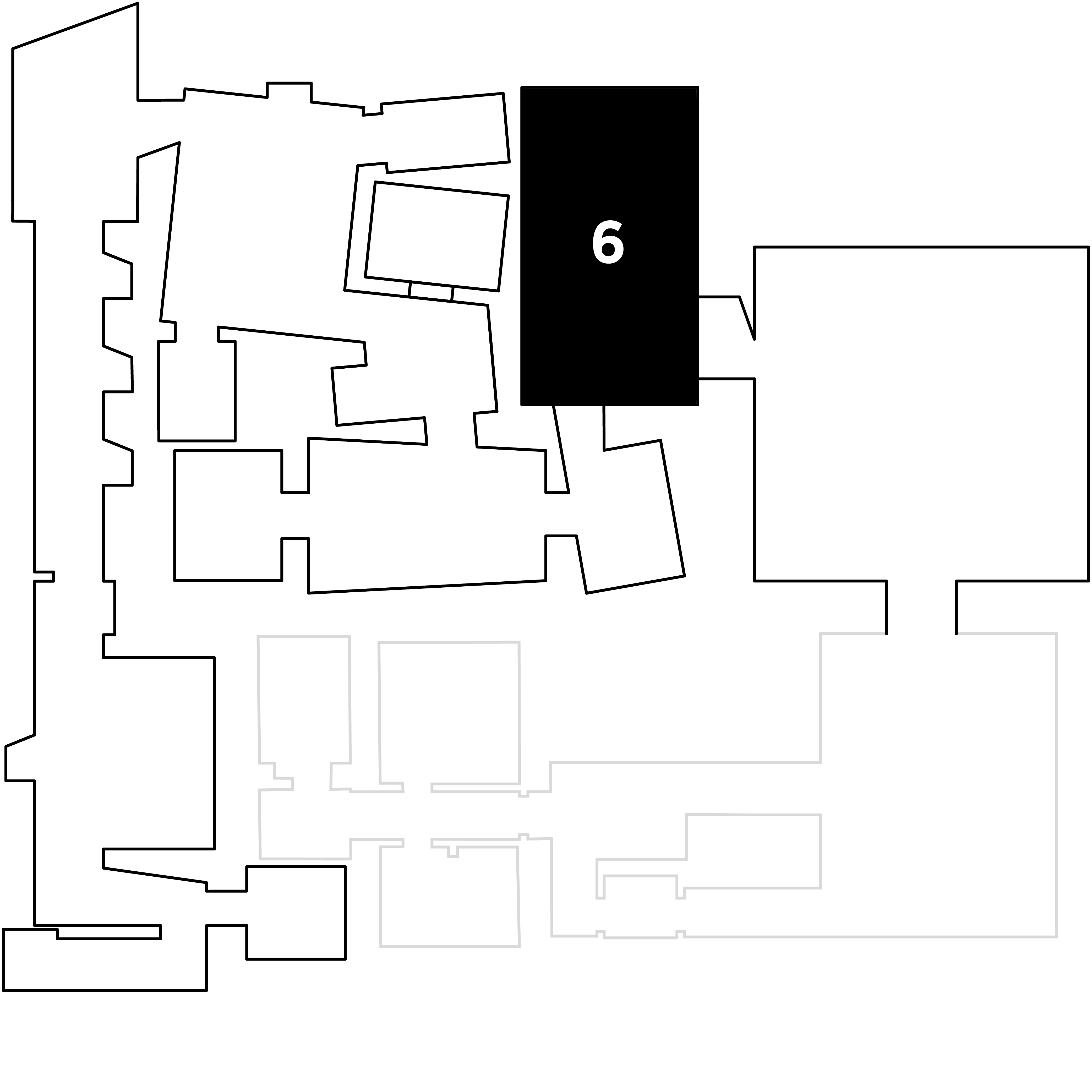 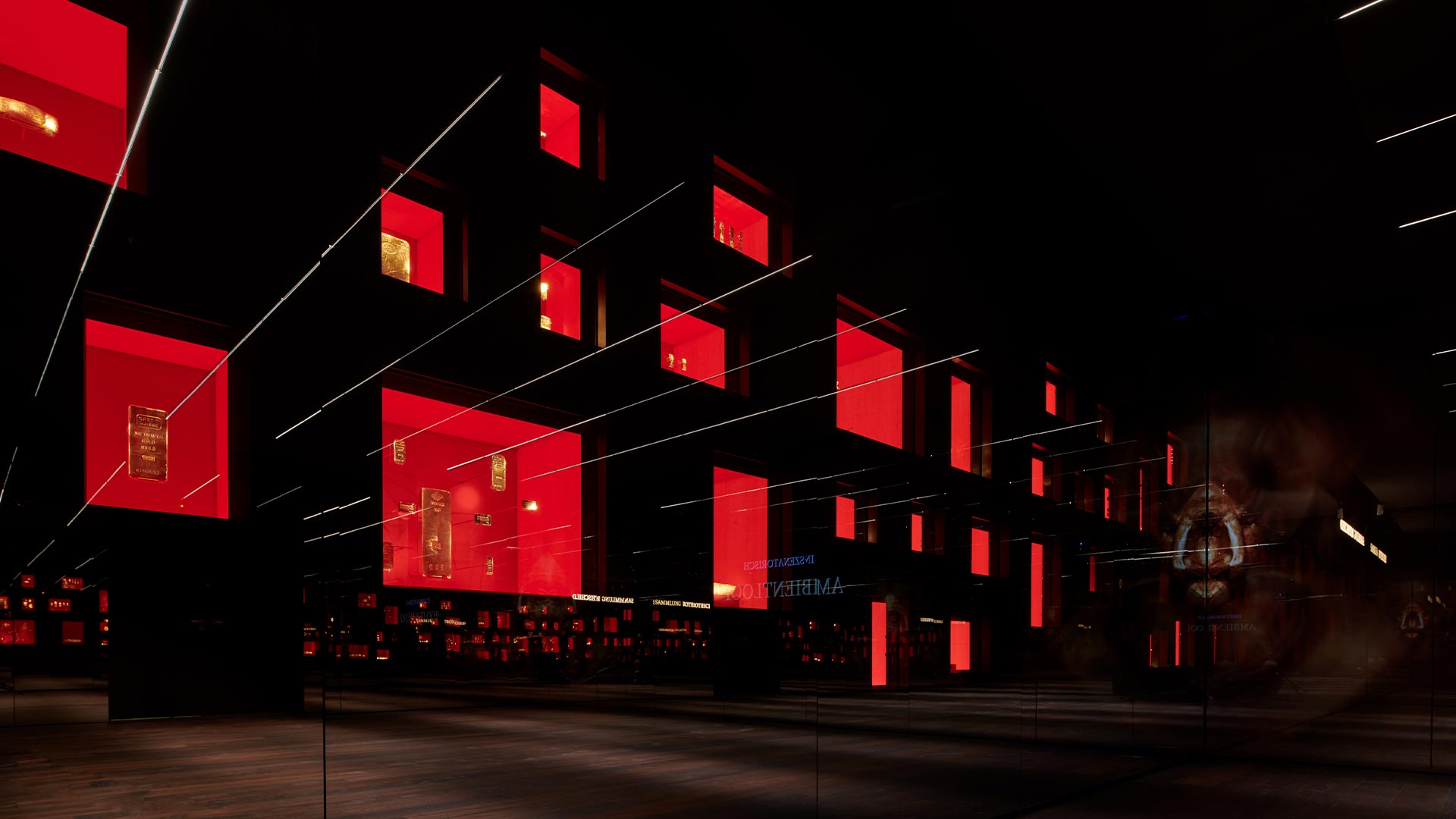 The bars in the Rothschild Collection come in an astonishing variety of shapes and sizes.

The three hundred gold bars on display come from the largest collection of gold bars in the world, often referred to as the Rothschild Collection. In 1993, N. M. Rothschild & Sons in Australia began acquiring the bars to promote gold worldwide. The collection illustrates the surge in the production of contemporary standard bars after the abolition of the gold standard in 1971. The Goldkammer presents part of this collection, which consists of 1,084 bars from 145 manufacturers in 35 countries. 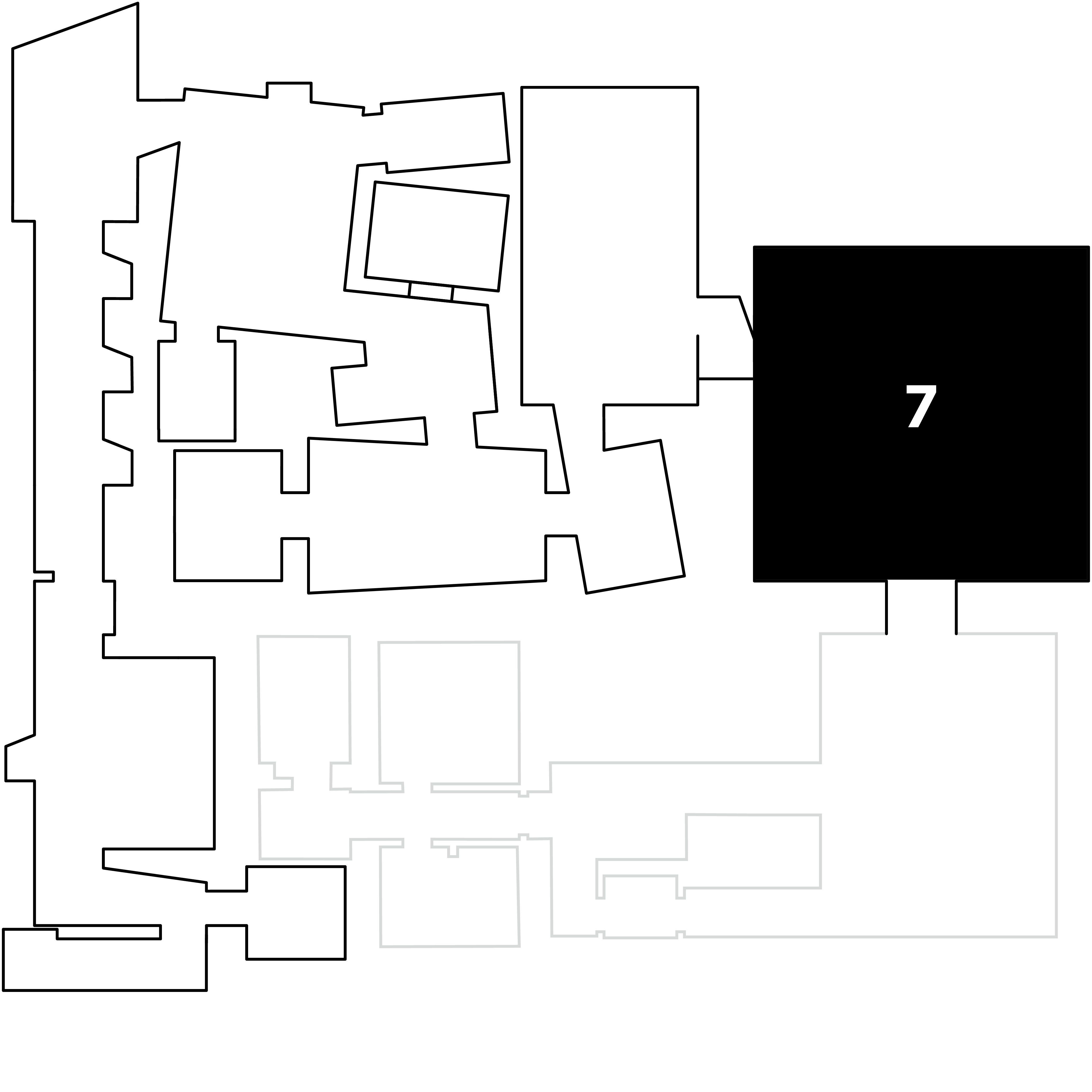